Roars of Laughter, tears of joy, fountains of champagne this is how the ‘Men in yellow’ celebrated their maiden T20 World Cup Title win. Australia defeated New Zealand in the summit clash of the T20 World Cup 2021 in Dubai on Sunday to end their 14 year long ICC T20 Title drought by winning their first T20 WC title.

The historic moment got scripted on the 5th ball of the 19th over when Glenn Maxwell reverse-swatted Tim Southee past third-man for a boundary. The moment Maxwell smashed the winning runs for Australia he was embraced with a warm hug by partner Mitchell Marsh. And soon the entire Australian team came on the crease to celebrate the huge moment in the history of Australian cricket.

Let’s have a look at how the Australian Players Celebrated their iconic triumph: 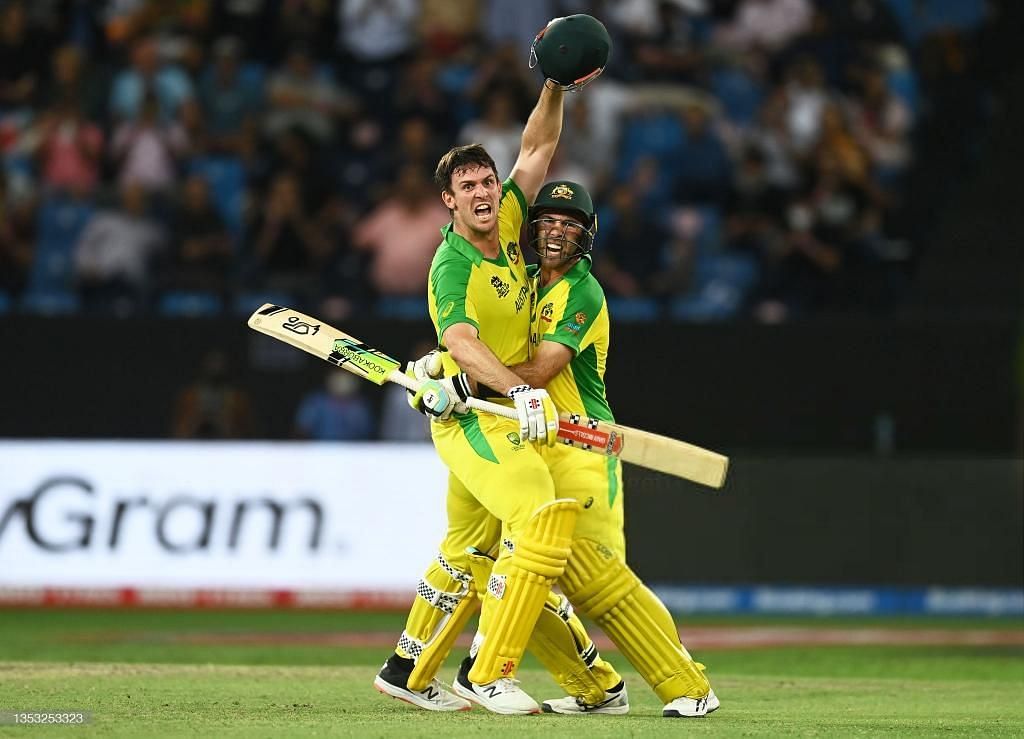 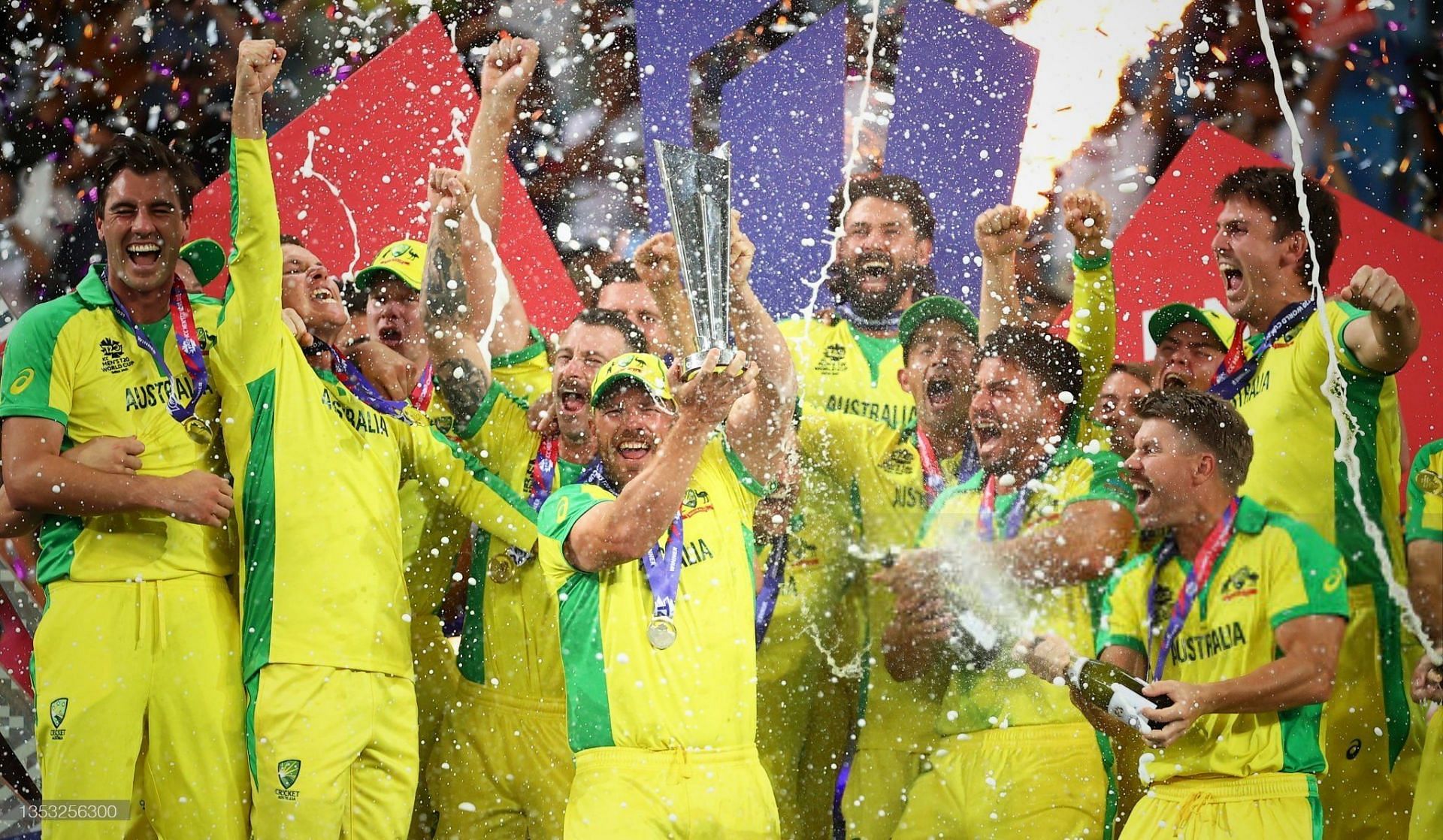 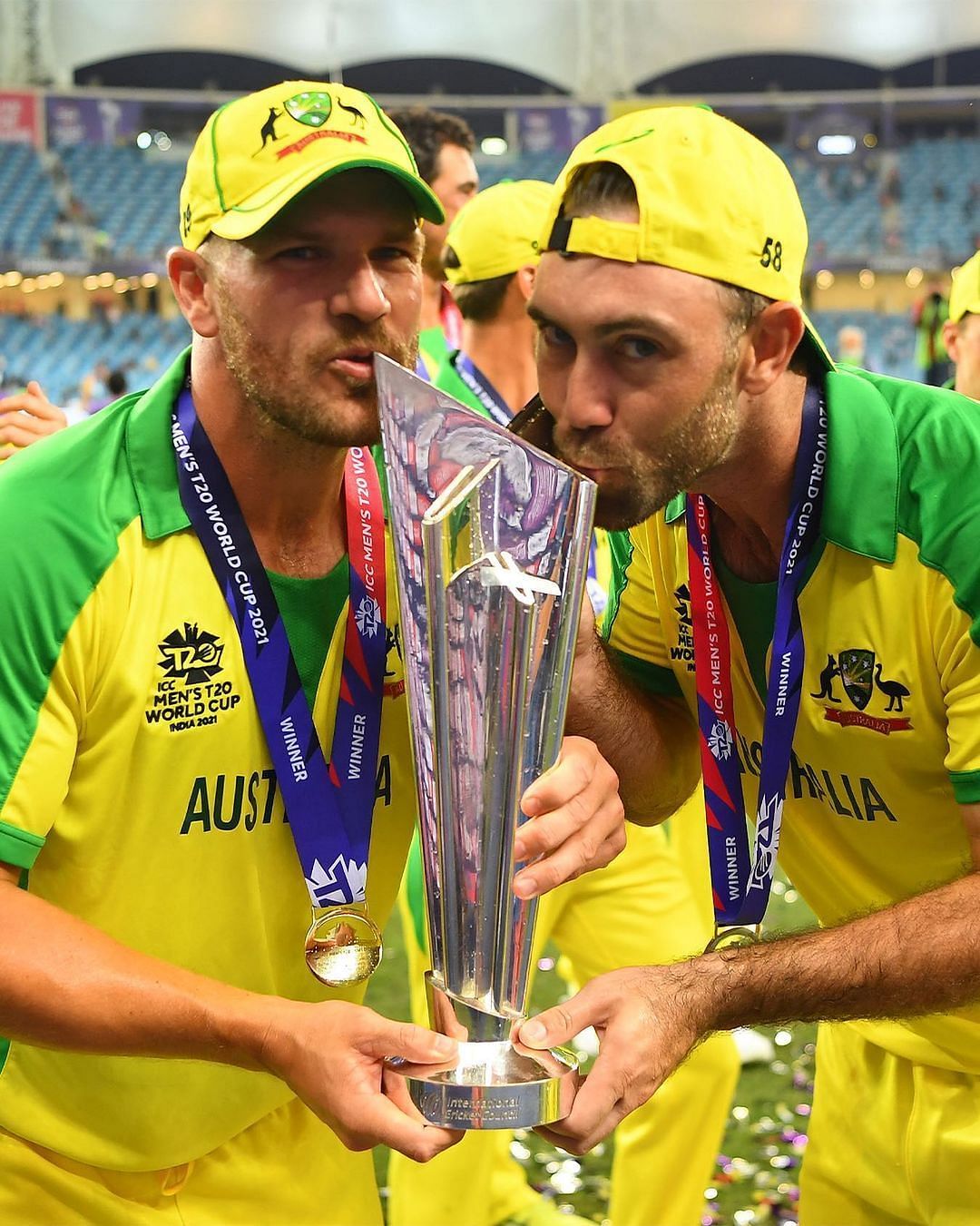 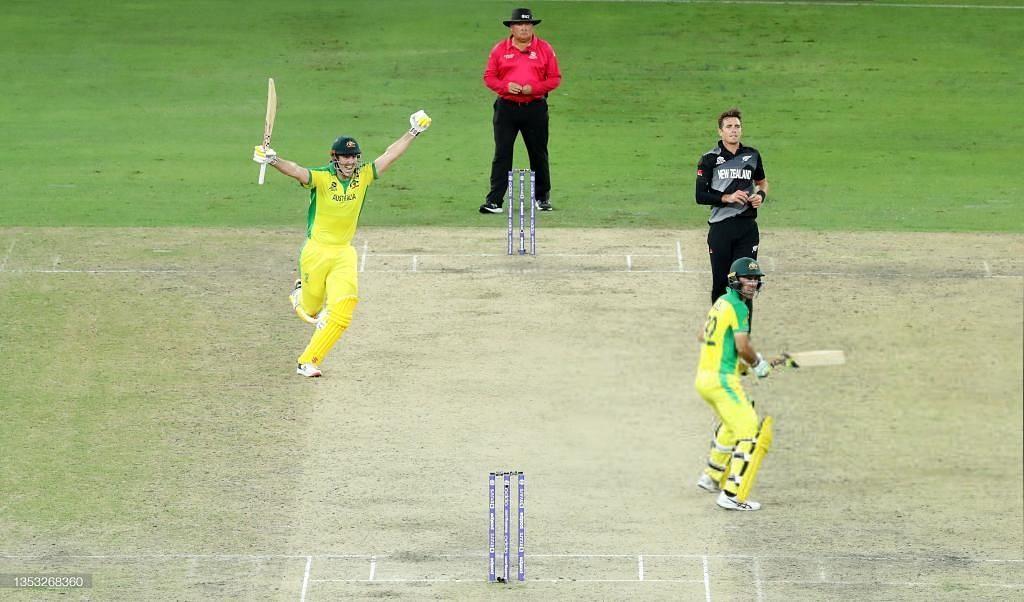 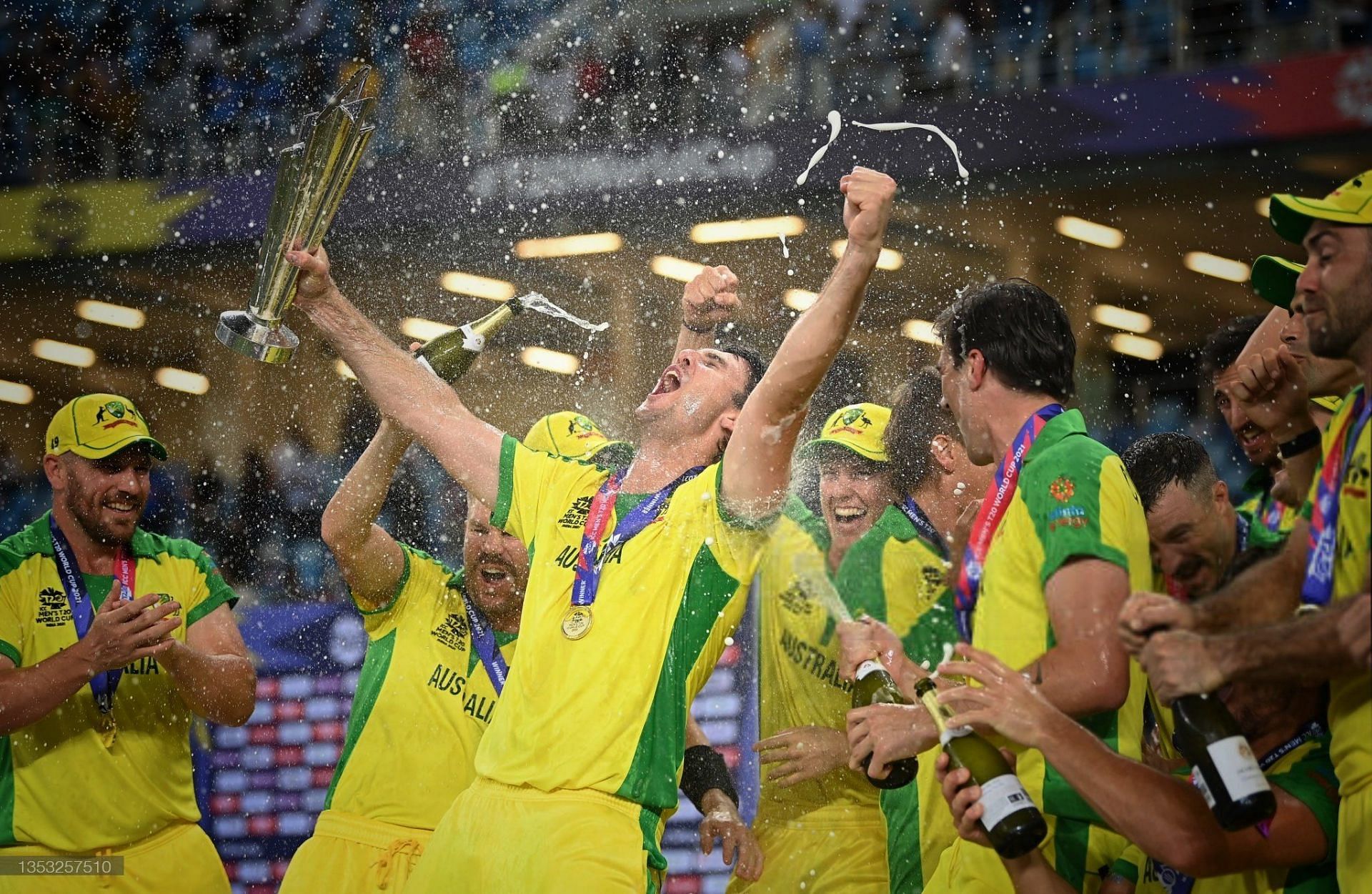 T20 World Cup 2021 Final: Let’s have a look at the social media posts of Australian Cricketers

T20 World Cup 2021 Final: A glimpse of how Australia outclassed NZ in the summit clash

The final of the T20 World Cup 2021 seemed one-sided as Australia dominated the fixture against New Zealand right from the beginning of the clash. Australia won the toss & opted to bowl first to restrict the Kiwis squad to 172/4 in 20 overs.

The Black Caps could score just 587 runs in the first ten overs but soon they made a comeback into the game with Williamson smashing 85 runs off 48 balls. However, except Williamson, none other batsmen could really score for their side & the Black Caps finished by posting a decent total of 172 runs.

Defending 173 runs New Zealand managed to get an early breakthrough by dismissing Aaron Finch within the powerplay overs.  However, Mitchell Marsh’s 77* off 50 balls ensured that it didn’t hurt Australia much. The all-rounder played with the attacking intent which allowed Warner to settle & accelerate runs for their side. With Warner & Marsh on the crease runs chipped in from both the ends at a brisk pace.

New Zealand’s star bowler Trent Boult dismissed Warner (53 runs off 38 balls) but the damage was already done as Warner & Marsh successfully stitched 92 run stand. The dismissal of Warner didn’t affect Australia’s chase as Maxwell (28* off 18 balls) & Marsh ensured that the Aussie’s squad surpass the target right in the 19th over.